This is the first time that a ‘Rive’ Prosecco enters the list, and it hails from the historic Conegliano Valdobbiadene winery of Masottina.

This wine comes from a single vineyard facing east, where the vines are over 50 years old. The wine is scented with exotic fruit, citrus fruit, herbs and white flowers and is fresh to the taste, astringent and fruity, flavourful and well-balanced.

” … a stunning wine with everything…”

This newest award further enhances the experience that started with Robert Parker (award given to R.D.O. 2011) continuing with Decanter, which since 2012 has included it in the best wines of the category every year, and a special mention from Michael Edwards, who declared it : “The champ, a stunning wine with everything.”

“…Prosecco is a wine that can evolve over time…”

Masottina decided to produce Le Rive in 2009, when the new denomination was included in the regulations. Now there are 43 Le Rive, known as ‘Additional Geographical Units.’ In this respect, Vice President Federico dal Bianco says: “We were one of the first to start production of Rive. We are delighted by this recognition, which goes to the Masottina team, our oenoligist, my father Adriano and all the men and women to work in our company, from the vineyards to distribution.  We are proud that a Prosecco has received an award two years after its vintage, because this is in line with the project to valorise the past vintages of Prosecco pursued by Masottina. It is a project we are developing in Italy to demonstrate that Prosecco is a wine that can evolve over time.”

Le Rive are crus that produce unique wines, rich in minerals. Each Rive may conincide with a single zone in the denomination, with a precise organoleptic profile. The regulation dictates that the grapes must be picked by hand and the vintage indicated on the label.

Nowadays Masottina wines hail from almost 300 hectares of vineyards that extend along the Conegliano Valdobbiadene hills, a UNESCO World Heritage Site. This vine-covered area has been built up over time with carefully selected vines grown by the family to the integrated Crop Management National Quality System (SQNPI) of organic practices. However, it is in the Ogliano hills that Masottina expresses its production and quality philosophy with crus from a unique terroir: R.D.O. Ponente and R.D.O. Levante 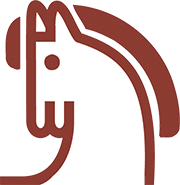